Improved predictability, optimal product quality and use of resources through Industrial IoT and AI

Utilization of historial process data and usage of IoT sensors in capturing industrial process status are corner stones for AI based optimization. By utilizing deep learning models in predicting and simulating the process performance in the future, the right operative actions can be made to achieve set business goals with high certainty.

Top Data Science Industrial AI solution concept and approach enables IoT and AI based process optimization to be deployed to a wide range of industries including Chemicals, Pharmaceuticals, Biotechnology and Food & Beverage. In each case the industrial process is divided into stages for which the process parameters, sensor data and adequate ML models are used for optimization. The optimized parameters can vary from chemicals, to temperature, pressure, energy usage just to name a few. An easy-to-use end-user application can be included in the solution or it can be used as part of another system as a service.

The ultimate goal of Industrial Process Control is to improve the plant’s performance in terms of uptime, quality and production. As a well-established technology for advanced process control (APC) in many industrial applications, model predictive control (MPC), to some extent, has been able to control multivariable processes with complex constraints, with delays and with strong interactive feed-forward and feedback loops.

Artificial Intelligence, especially deep learning neural networks (DL), can upgrade MPC from the traditional rule-based to more data driven mechanisms of controlling, which is the solution to the configuration challenges of traditional MPC implementation. Top Data Science brings world-class AI expertises, our best practices and our state-of-the-art tools to help industrial companies to be successful with AI for process optimization.

The ultimate goal of industrial process control is to improve the plant’s performance in terms of uptime, quality and production. As a well-established technology for advanced process control (APC) in many industrial applications, model predictive control (MPC), to some extent, has been able to control multivariable processes with complex constraints, with delays and with strong interactive feed-forward and feedback loops. Artificial Intelligence, especially deep learning neural networks (DL), can upgrade MPC from the traditional rule-based to more data driven mechanisms of controlling, which is the solution to the configuration challenges of traditional MPC implementation. Top Data Science brings world-class AI expertises, our best practices and our state-of-the-art tools to help industrial companies to be successful with AI for process optimization. 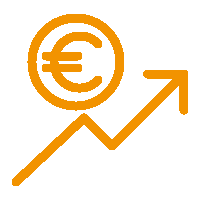 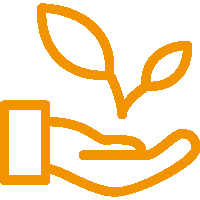 Improved sustainability of the operations 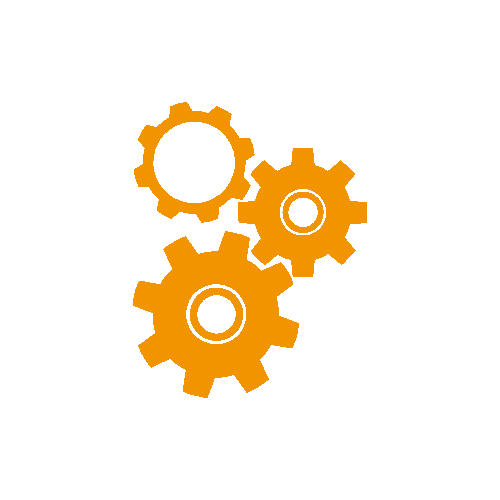 Ability to utilize best practices from other industries 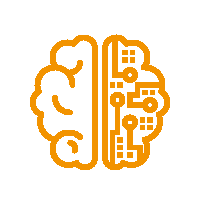 With deep learning (DL) neural networks traditional rule-based solutions can be replaced with more data driven ones for controlling a process. This more dynamic approach resolves some of the configuration challenges of traditional MPC implementation. DL can bring some advantages including the ability to learn process complexity such as delays, the flexibility in model construction, the modularity in solution building and the scalability with large datasets.

To be successful with AI and DL in optimizing and controlling process performnace, industrial companies should approach the topic in a holistic manner. By combining the industrial domain knowledge with the right data approach and architecture and deep AI technology knowhow transformative results can be achieved.

Top Data Science has experience in applying AI for process optimization in a wide range of industries such as enzyme production, fermentation processes, biofuel production processes, drug manufacturing processes or pulp bleaching processes. The gained best practices knowhow can be effectively used to introduce these technologies to new industries.

What benefits can AI based MPC solutions bring to businesses?

There are many potential modelling techniques that could be considered for constructing the prediction model. The most prominent approach is to use neural networks which provide several advantages listed below:

Even though the neural networks are very flexible and certain model structures perform well across several different applications, there is no guarantee that the same model structure performs well in every single problem. Thus the modeling toolbox should ideally have implementations for several good candidate models, as well as tools for easy model assessment for selecting between different models. Adding new model structures should be effortless.

Restrictions and key considerations while evaluating AI based MPC utilization in a process?

Below there is a list of features or topics that are important to consider using AI and this solution in industrial environments and use-cases.

By batch process we mean a process that has certain design or control parameters that affect the outcome, but these control variables are not adjusted during the process, but only at the beginning, and then the whole batch is run with this setting. These sorts of problems could naturally be solved using model based optimization (just like MPC), but the difference is the lack of temporal dimension, which might actually make things somewhat easier (batch processes might of course have their own difficulties).

Fully autonomous vs. advisory suggestions to a human operator

This is a crucial question that primarily needs to be decided by each customer organization. A software that could be used to control processes alone, or a system that is meant for advising purposes only?

Although MPC provides a very generic framework, the implementation details are heavily dependent on the kind of application, especially the real time requirements. For example, optimizing an industrial process is relatively easy, since the delay from control to response in product quality is typically at least minutes or even hours. Therefore one typically has plenty of time for control plan optimization. This is in stark contrast to applications such as autonomous vehicles or other robotics applications, where the control plan optimization typically needs to happen within a fraction of a second. This imposes a lot of constraints on the underlying technology.

How to handle adversarial controls (lack of extrapolation ability)

One well-known problem with MPC is that during the plan optimization, the optimization algorithm might query the model with a control setting that the model has not seen. In this case the model prediction might be substantially off, which might mean that the optimizer will exploit the errors of the model. Especially for autonomous systems, this problem would need to be addressed carefully, and there are approaches for this. For advisory systems this is not as severe of a problem, as we might for example require that the suggested plan cannot be too different from the one a human would choose which will greatly mitigate the problem.

Do the models need to support online learning (models updated automatically whenever new data arrives)? This adds quite a bit of complexity. With neural networks it might also be pretty difficult. Our current approach is an approach where we retrain the models on regular intervals.

But even this is not necessarily as easy as it might sound, since neural networks especially are sensitive to the chosen hyperparameters, and the optimal setting might change once the data changes. So hyperparameter validation would be needed. There are challenges on how to reliably make automatic preprocessing of the new data, which would be crucial. Yet an alternative approach would be to just freeze the trained models, and build some system that tracks the performance. If the performance starts to degrade, then the system would figure out why this is the case and only retrain models if needed.

A customer might want to have a system that detects anomalies during the process operation. This essentially means training a model that can recognize when the observations do not look normal with the given control setting (normal meaning something the model has seen so far). This is not very difficult and completely doable, and we can implement it whenever a client indicates interest in such a tool.

How does the AI based MPC system work?

AI-based MPC can be simplified as a two-stage approach:

The two-stage approach is both high-performing and modular, meaning that it can be taken into use in stages by a single process as well as step-by-step to different processes and business units.

Key characteristics of optimization with AI based MPC?

The MPC framework allows for flexible optimization, depending on the customer’s needs. For example, it is easy to impose constraints on the values of the control variables. It is also possible to add penalization that encourages control plans with desired characteristics. For example, we might want to achieve a certain output quality for a product, but use as small doses of chemicals as possible. In this case we would add a penalization term that penalizes plans with large dosages.

Also with plan optimization, it is evident that a single algorithm will not work ideally in every single application, since different problems will have different characteristics. Thus the modeling toolbox should implement at least a few optimizers, and include the possibility of adding more optimizers easily.

Could you share industrial use cases of AI based optimization?

We have delivered AI applications in a wide range of industries such as pulp bleaching, biomaterial concrete, enzyme production, detergence, biofuel and drug manufacturing processes. Below the a few of them are shortly described:

Our industrial AI solution for Pulp and Paper is used in multiple production lines and mills. End products, whose quality and production has been optimized using the solution, include dissolving pulp, soft and hard wood pulp as well as fluff pulp. The high-value of the solution, both for the pulp business as well as for the production personnel, has been verified through the close collaboration with StoraEnso.

Digital Detergent Formulation Concept – We helped our clients to utilize machine learning to predict the wash performance of washing machine detergent formulations (including enzymes, surfactants, soap, citrate …), which are targeted given stains in washing setups (temperature, main water, water hardness …). The clients use such solutions to accelerate their R&D to bring  new products to the market faster.

Utilizing Artificial Intelligence in commercial pharmaceutical production to improve the process understanding and eventually the product quality. Top Data Science collaborated with Orion Pharma and University of Helsinki to develop machine learning models to predict Particle Size Distribution and Tensile Strength, two parameters that are controlled to achieve the quality targets of the end-use products. The work is published in the International Journal of Pharmaceutics.

We use cookies on our website to give you the most relevant experience by remembering your preferences and repeat visits. By clicking “Accept”, you consent to the use of ALL the cookies. However, you may visit "Cookie Settings" to provide a controlled consent.
Cookie SettingsAccept
Manage consent

This website uses cookies to improve your experience while you navigate through the website. Out of these, the cookies that are categorized as necessary are stored on your browser as they are essential for the working of basic functionalities of the website. We also use third-party cookies that help us analyze and understand how you use this website. These cookies will be stored in your browser only with your consent. You also have the option to opt-out of these cookies. But opting out of some of these cookies may affect your browsing experience.
Necessary Always Enabled
Necessary cookies are absolutely essential for the website to function properly. These cookies ensure basic functionalities and security features of the website, anonymously.
Functional
Functional cookies help to perform certain functionalities like sharing the content of the website on social media platforms, collect feedbacks, and other third-party features.
Performance
Performance cookies are used to understand and analyze the key performance indexes of the website which helps in delivering a better user experience for the visitors.
Analytics
Analytical cookies are used to understand how visitors interact with the website. These cookies help provide information on metrics the number of visitors, bounce rate, traffic source, etc.
Advertisement
Advertisement cookies are used to provide visitors with relevant ads and marketing campaigns. These cookies track visitors across websites and collect information to provide customized ads.
Others
Other uncategorized cookies are those that are being analyzed and have not been classified into a category as yet.
SAVE & ACCEPT